In simplest technical terms, ohmic technology is based on Ohm’s Law, which expresses the relationship between Volts, Amperes and Ohms in an electrical circuit.

If any two of the three values of voltage (Volts), current (Amperes) or resistance (Ohms) are known, the third value can be calculated using the above expression of the law.

Years of laboratory and field-based research found that conductance correlates with battery capacity as measured in a timed discharge test. Since voltage and specific gravity testing are not predictive, timed discharge testing is very time consuming and expensive, conductance testing is a very effective and economical way of analyzing the health of your battery systems.

Correlation studies have been performed on a significant number of valve regulated AGM and GEL cells, as well as vented flooded cells. These studies have shown that conductance test results are very predictive of battery timed discharge capacity, while voltage measurements are shown to be of little value. This data has been presented to a number of international organizations.

Patented Conductance Technology is the core of our battery testing methodology and recognized as a standard for determining battery state-of-health worldwide.

Not all batteries are made equal.  Have you ever wondered why there are different battery sizes and ratings? Did you know every battery type serves a specific functionality?

The two main battery types are stationary batteries and “starting” batteries. It is very important that you find the correct battery for your particular application, as the wrong choice can affect both the battery’s efficiency as well as its lifespan.

A stationary battery is meant to provide a continuous current of the same intensity for a prolonged time span. In order to do this, they are designed with thick internal plates that slows down the process delivering amperes to the load.  Stationary batteries are typically rated in ampere-hours.

Starting batteries are just the opposite.  They are designed with thin plates so they can provide quick bursts of energy, such as a backup generator or car would need while starting. This only discharges the battery by about 1-3%, which is then topped off typically by an alternator. This is typically known as the battery cranking amps.

Cranking amps are the numbers of amperes a lead-acid battery at 32 degrees F (0 degrees C) can deliver for 30 seconds and maintain at least 1.2 volts per cell (7.2 volts for a 12 volt battery)

CA: CA/cranking amps determine how much power you have to start your engine in most climates. The basic job of a battery is to start an engine; it must crank, or rotate the crankshaft while at the same time maintain sufficient voltage to activate the ignition system until the engine fires and maintains rotation. This requirement involves a high discharge rate in amperes for a short period of time.

Since it is more difficult for a battery to deliver power when it is cold, and since the engine requires more power to turn over when it is cold, the Cold Cranking rating is defined as: The number of amperes a lead-acid battery at 0 degrees F (-17.8 degrees C) can deliver for 30 seconds and maintain at least 1.2 volts per cell (7.2 volts for a 12-volt battery).

CCA: CCA/cold cranking amps determine how much power you have to start your engine on cold winter mornings.

The test is performed at -18°C. The EN requirement is however split into two levels EN1 and EN2.

EN2: As EN1 except that the second discharge period to 6.0V should achieve 133 seconds giving a total time of 150 seconds. The discharge current’s ability to meet both designs is very much subject to battery design and can vary from manufacturer to manufacturers and design to design.

The Japanese Industrial Standard test is carried out at -15°C. The starting batteries are usually tested at either 150A or 300A with different 10s /30s voltage and durability requirement to 6V.

As with SAE the test is carried out at -18°C. The fully charged battery is discharged to 6V with the rated test current. The voltage must be at least 9.0V after 30 seconds and the time to achieve 6V must be at least 150 seconds.

This is the starting test according to the SAE (Society of Automotive Engineers). The test specifies that the battery at a temperature of –18°C will deliver a current equal to the Cold Cranking Amps for 30 seconds with the voltage staying above 7.2 volts (3.6 volts for a 6 volt battery).

THE RIGHT TOOL FOR THE JOB

Just like finding the right battery for the job, you must find the correct battery analyzer to test the battery. 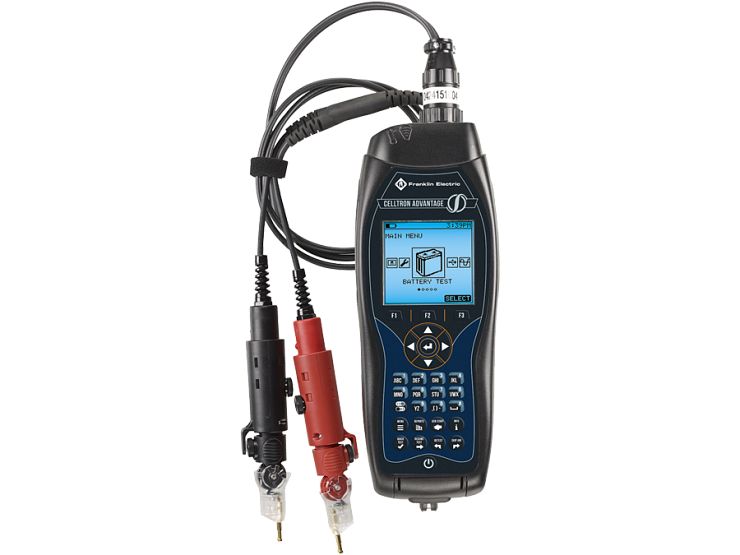 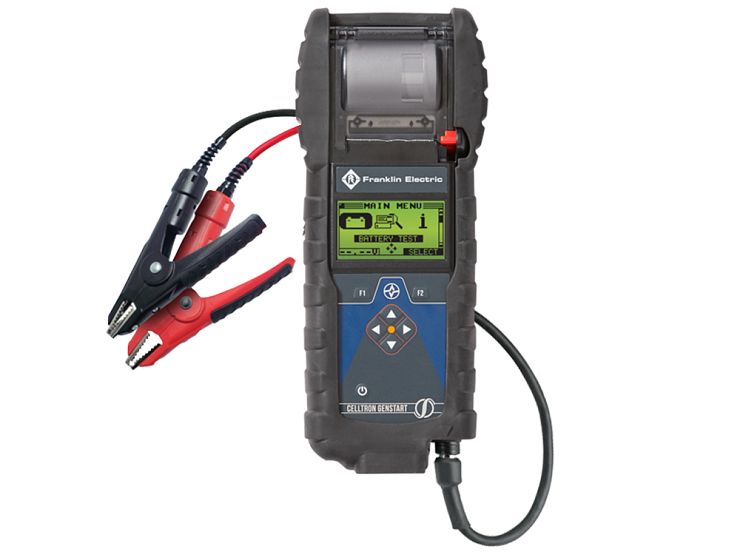 Conductance is our patented core technology and an excellent indicator of state of health making the CELLTRON GENSTART a solid choice for maintaining the critical power standard of 24/7/365.